Orlando area is unquestionably the king of theme parks - a land of fantasy worlds. The city of Orlando is a prosperous modern Florida city in its own right with excellent museums and performing arts. However, it is the surrounding area where the real magic is found. Here exists a greater concentration of theme and fantasy parks than anywhere in world. Days, or even weeks can be spent enjoying the many magical and thrilling parks surrounding Orlando.


Orlando is central to a variety of vacation opportunities.  In addition to the theme parks, for which it is most famous, there are other nearby interests and activities.


Less than 60 miles northeast is Daytona Beach with its world famous 23 mile beach, much of which can still be driven on with cars, motorcycles and a variety of rental vehicles.  Of course Daytona Beach is also home to Daytona International Speedway where many NASCAR and other high profile motor-racing events are held including the Daytona 500.


Due east about 50 miles is Kennedy Spaces Center and Cape Canaveral - America's space port. NASA's Kennedy Space Center offers many presentations, displays and tours of our space program's past, present and planned future.  Various rockets are on display.


In and around Orlando are several museums and performing arts centers.  The Orlando Science Center has scientific exhibits, a planetarium, a domed theater, and an observatory with a large publicly accessible refractor telescope.  The Orlando Museum of Art shows off an collection of American art from the 19th century to the present as well as African art and art of the ancient Americas.  The John & Rita Lowndes Shakespeare Center is a classic theater which among other events hosts the Orlando-UCF Shakespeare Festival.


Most of the theme parks and attractions are located just south of Orlando.  Many visitors stay at one of the many hotels along, or near, International Drive - touted as Orlando's "Most Dynamic Destination!".  This is an unbelievable concentration of hotels, theme parks, restaurants, entertainment and shopping complexes.   Nearby are Universal Studios, Islands of Adventure, SeaWorld, Discovery Cove and Wet-n-Wild.  Just a bit further is the Walt Disney World complex.


International Drive has a number of smaller attractions and entertainment venues.  Wonder Works, a three-story, upside down attraction is an "amusement park for the mind", featuring 100 interactive exhibits including a simulated earth quake.  Ripley's Believe it Or Not Odditorium exhibits uncanny and amazing collection of oddities.


For the energetic, who aren't exhausted from a day at the theme parks, there are many hot-spots for live music and dancing.  International Drive offers the I-Ride Trolley to take the hassle out of getting around the area.  The trolley frequents most of International Drive with over 80 stops.  Passes can be purchased for a day, or for multiple days.

Walt Disney changed the area forever in 1971 when he opened Walt Disney World. From here the Orlando area never turned back. There are now nearly a dozen major theme parks and scores of other entertainment facilities.


Magic Kingdom -a fantasy park of rides, attractions, and shows ranging from the kids oriented It's a Small World in Fantasyland to the thrilling Big Thunder Mountain Railroad ride in Frontierland to the Jungle Cruise in Adventureland, and the not-to-be-missed Main Street Electrical Parade.

Epcot - features the high-tech Future World with its fast paced and futuristic rides and shows, and the World Showcase where cultures from eleven great nations are on display.


SeaWorld is a very popular marine adventure park with a variety of marine animal exhibits, aquariums and shows. Spectacular killer whale, dolphin, sea lion and seal shows are performed throughout the day. Some shows have a comical theme and are quite entertaining. Touch pools allow visitors to touch various marine life including stingrays as they swim by. SeaWorld also hosts an entertaining water-ski show featuring various stunts and acrobatics. For those not faint-of-heart, take a ride on the Journey to Atlantis water coaster.  While some theme parks wow the crowds with extravagant and fantastic exhibits, SeaWorld can be best characterized as just plain fun!!


Discovery Cove - Swim with the Dolphins!  Yes, you can actually swim with Dolphins at Discovery Cove.  This theme park is unlike most others.  Sister-park to Sea World, the park has a tropical beach theme with pristine white sandy beaches under palm trees bordering sparkling lagoons, reefs and grottos.  Relax on the numerous beach chairs, swim or snorkel along the Tropical River, snorkel the unbelievable Coral Reef with its thousands of tropical fish and sea life, wade or snorkel the Ray Lagoon, or simply enjoy the Resort Pool, which is maintained at 80 degrees F. year round.  Of course, for many, the Dolphin Swim is the main attraction where you can talk, touch, play and swim with bottlenose dolphins. There is an additional cost for this optional 30 minute experience, but for those who love Dolphins, it is a life-long memorable experience.  Discovery Cove is a bit pricey compared to other attractions, but visitors are limited, so it is never crowded, and except for the gourmet lunch, which is included, there are no lines.  Reservations are required.


Universal Studios Florida is a motion picture and television theme park. The park shows include the awesome Terminator 2: 3-D, Jaws, Earthquake, Twister, Back to the Future the Ride, and Kongfrontation just to name a few. Most of these shows/rides provide a greater entertainment experience by including very effective combinations special effects, 3-D imagery, physical movement, lighting and sound. The park also caters to kids with Woody Woodpecker's Kidzone, E.T. Adventure, The Funtastic World of Hanna-Barbera, Animal Actors Stage and other studios and playlands. 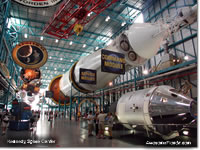 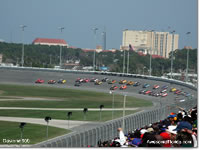